SIX and Shenzhen Stock Exchange (SZSE) signed a Memorandum of Understanding to start an initiative with the aim of connecting the investors’ community and companies in both countries to allow for the establishment of capital formation possibilities on a larger scale.

Through this MoU, SIX and SZSE are again underpinning the long and close relationship between China and Switzerland that has been intensified since the signing of the free trade agreement concluded between the two countries in 2013 and of the currency agreement between the Swiss National Bank and the People’s Bank of China in 2014.

SIX and SZSE intend to use this initiative as a portal to share know-how and expand client networks as well as to explore the possibility of supporting cross-border financing alternatives and cooperation in research projects. 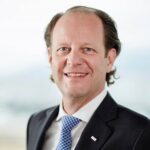 “I am excited that the Shenzhen Stock Exchange and SIX will work together to further internationalize our respective securities markets. Switzerland with its deep pool of assets and its history of international cooperation places SIX at a favorable place to strengthen the two countries’ existing ties and to further develop the internationalization of our marketplaces.”