One of the Hottest Swiss Fintechs Raises CHF8.45 Million for Series A

Home/News/One of the Hottest Swiss Fintechs Raises CHF8.45 Million for Series A
Previous Next

One of the Hottest Swiss Fintechs Raises CHF8.45 Million for Series A

A few days after receiving an accolade as the «Next Global Hot Thing», Sonect, the pioneer of Virtual ATMs, has announced the completion of an oversubscribed Series A round. Together, all existing investors have contributed CHF8.45 million.

Since its foundation in 2016, Sonect provides a location-based matchmaking platform that connects individuals that want to withdraw cash with those who want to deposit cash – typically, a local shop owner. The success of this new business model can be evidenced by the company’s exponential growth. Since 2018, Sonect has established the largest network of cash withdrawal points in Switzerland and Portugal, and continued to shine on various podiums as it receives various accolades.

As the company embarks on its growth journey, it has closed the series A round with CHF8.45 million from existing investors. The funds will enable Sonect to boost its platform in key markets in Europe and Latin America, and assist in strengthening its technology, acquiring top-notch talented employees, and broadening itsproduct portfolio.

The Series A financing builds on an excellent year for Sonect, which saw significant gains in market momentum. Earlier this month, the start-up established a partnership with Arca Continental, one of the largest beverage manufacturing and distribution companies in Latin America. This will give Sonect access to over 300,000 points of sale in Mexico alone. 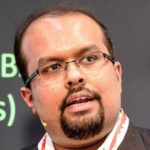 “We are proud of our team: having successfully completed Series A, which ended up being oversubscribed. The platform we launched in Switzerland will soon be available to users in Europe and Latin America,”

Fintechnews.ch named Sonect as one of the Hottest 19 Fintech Startups in 2019.

This article appeared in similar form on Startupticker; Featured image via Sonect

The post One of the Hottest Swiss Fintechs Raises CHF8.45 Million for Series A appeared first on Fintech Schweiz Digital Finance News – FintechNewsCH.