PostFinance and Switzerlend AG − the parent company of the crowdlending platform LEND.ch − have agreed to enter into a close partnership.

LEND will take over 100% of the PostFinance subsidiary Lendico Schweiz AG. In return, the financial service provider will acquire a participation in LEND and will bring its strong brand to the relationship. The parties have agreed to maintain confidentiality over the purchase price and the ownership structure.

By acquiring the SME credit marketplace Lendico, LEND is starting the consolidation of the Swiss crowdlending market. In addition, the fastest growing crowdlending provider and PostFinance are entering into a close partnership, initially with a focus on SME businesses.

A strong company in a new market

This acquisition is the first of its kind in the fledgling Swiss peer-to-peer lending market. Florian Kübler, founder and CEO of LEND: 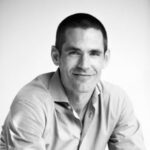 “We look forward to making our alternative financing services even better known and accessible to Swiss people together with a strong partner.”

“The last few years have shown that crowdlending is a genuine alternative to traditional bank loans. It is now time for strong businesses to emerge and for us to scale services appropriately.”

The best of both worlds

In its cooperation with LEND, PostFinance will focus even more on crowdlending. Hansruedi Köng, PostFinance CEO:

“We recognized the trend towards platform-based banking and crowdlending early on and are convinced of its potential. To ensure we can bring crowdfunding to the mass market, the different players have to join forces and pool their strengths. In this regard, LEND, an established fintech company, and PostFinance with its strength on the sales side complement each other perfectly.”

The takeover will take place on 28 May 2019. The integration will be fully completed a few weeks later.