Lendora, a crowdfduning based in the French-speaking part of Switzerland, has raised CHF 1.2 million in a financing round led by the Frey Family – owner of Firstcaution and of several prestige vineyards in France.

Founded in 2017 by five young entrepreneurs, Lendora – the first crowdlending platform operating from the French-speaking part of the country – connects consumers online to provide better rates to borrowers and better returns to investors. The start-up has just concluded a financing round of CHF 1.2 million led by the Frey family. 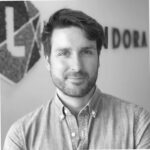 “In 2019, there is no justification for traditional intermediaries anymore. Technology allows for efficiencies that should mean better conditions for the consumer, especially in the financial industry. Providing a better deal for borrowers and investors alike, this is what drives our action!”

Through a fully automated platform, Lendora creates a win-win situation in the consumer credit market in Switzerland, with lower rates for borrowers – up to 30% cheaper than traditional players – and better returns for the investors that finance these borrowers, with a net return that averages 5%.

The newly raised funds will allow Lendora to significantly accelerate the development of its product and the integration of innovative elements in its processes and risk analysis, as well as further develop its operations. Up to 12 employees will join the young start-up to support its growth in the next 24 months.

Crowdlending volume in Switzerland has jumped to more than CHF 260 millions in 2018 – five times the volume of 2016 – according to a recent study by the Lucerne University of Applied Sciences.

Lendora, now based in Nyon, VD, aims to finance more than CHF 200 million worth of loans by 2024, while also adding new offerings to its portfolio, such as SME financing, planned for the end of 2019.

A strong partnership for real synergies

The Frey family, owner of Firstcaution – one of the leading rental guarantee providers in Switzerland, as well as several prestige vineyards in France (Château La

Lagune, Paul Jaboulet Aîné, Château Corton C), was swayed by the vision laid out by Lendora.

“We were rapidly convinced by the project, and we couldn’t miss the opportunity to support Lendora in its mission to transform the credit market in Switzerland.”

explains Jean-Jacques Frey, new chairman of the board.