Swiss small and medium enterprise (SME) financing startup Tradeplus24 has raked in $225 million in pre-Series B round, the startup announced.

Of the total funding, $25 million is in equity financing and the remaining $200 million is in debt financing. According to the press release, the startup was originally targeting $15 million in the equity round but due to overwhelming investor confidence closed a significantly oversubscribed round in just six weeks.

The round was led by a European family office that has previously invested in startups like Klarna, Delivery Hero, and Lyft. Existing investors Credit Suisse, SIX Group, and Berliner Volksbank also participated in the round, the statement noted. The round precedes a larger Series B raise scheduled for early next year.

Founded in 2016, Zurich-headquartered Tradeplus24 provides flexible and easy funding to SMEs looking to improve their liquidity. Businesses can take 30-180 days to clear due invoices which keep capital tied up. Therefore, Tradeplus24 extends a credit line against outstanding payments to help improve the immediate liquidity position of SMEs.

The startup lends between $500,000 and $10 million using a borrower’s receivables as security. It also buys insurance against missed payments to minimise risk. The startup provides funding for receivables from both domestic and international debtors.

In 2019, the startup expanded to Australia which is emerging as Tradeplus24’s fastest-growing market. According to an AFR report, Australia is expected to become Tradeplus24’s largest market by mid-2022. The startup has already funded nearly 25 SMEs in Australia with almost $100 million in debt facilities. Moreover, Tradeplus24’s Australian arm has also witnessed a 3x increase in customers in Q2 2021.

The strong global demand for Tradeplus24’s unique, invisible, and low-cost line of credit solution is indicative of the global nature of the issue it solves, said Tradeplus24 Australia Managing Director, Adam Lane. 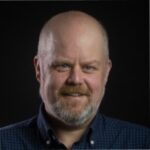 “There is nowhere in the world where the issues around efficient access to working capital for SMEs have been adequately addressed at scale. This is especially true when it comes to loan amounts ranging between $500k to $10 million. So the enormous demand for our unique tech-enabled line of credit solution is unsurprising – particularly as the world still comes to terms with the new business landscape created in the wake of the pandemic.

“It’s a widely-known fact that incumbents in the invoice finance sector suffer from legacy systems, slow and manual processes, and an acute lack of innovation which forces their customers to waste countless hours on unnecessary and frustrating administration. We are determined to provide an alternative that offers much-needed support to growing Aussie businesses, whose growth prospects will be massively amplified through greater access to capital via the simple and user-friendly solution Tradeplus24 provides.”

Tradeplus24’s global team also doubled in size during 2021, the statement noted. The fresh funds will boost Tradeplus24’s lending capabilities as well as its acquisition goals aimed at bolstering its technological proficiency. According to the press statement, the new capital injection will help the startup expand its existing operations in Australia and Europe and launch its presence in the UK and Netherlands later this year.

With its increasing success in Australia, the firm is looking to bring on board Australian strategic investors in its next funding round, the report added.