Switzerland is the world’s most-innovative country according to the 2019 edition of the Global Innovation Index. Sweden is a close second followed by the United States, Netherlands and United Kingdom.

Now in its 12th edition, the GII is a global benchmark that helps policy makers better understand how to stimulate and measure innovative activity, a main driver of economic and social development.

The GII 2019 ranks 129 economies  based on 80 indicators, from traditional measurements like research and development investments and international patent and trademark applications to newer indicators including mobile-phone app creation and high-tech exports.

The GII 2019 also looks at the economic context: Despite signs of slowing economic growth, innovation continues to blossom, particularly in Asia, but pressures are looming from trade disruptions and protectionism. Sound government planning for innovation is critical for success, the report shows. 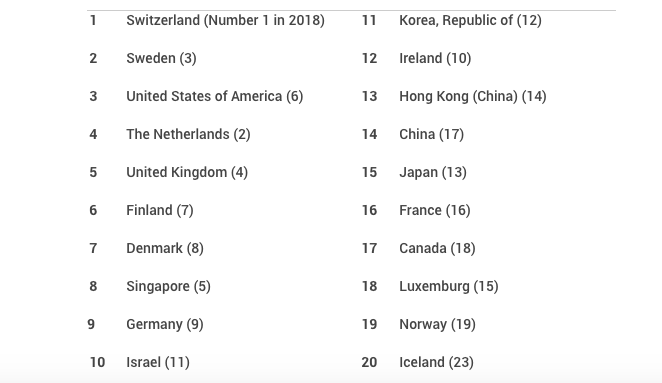 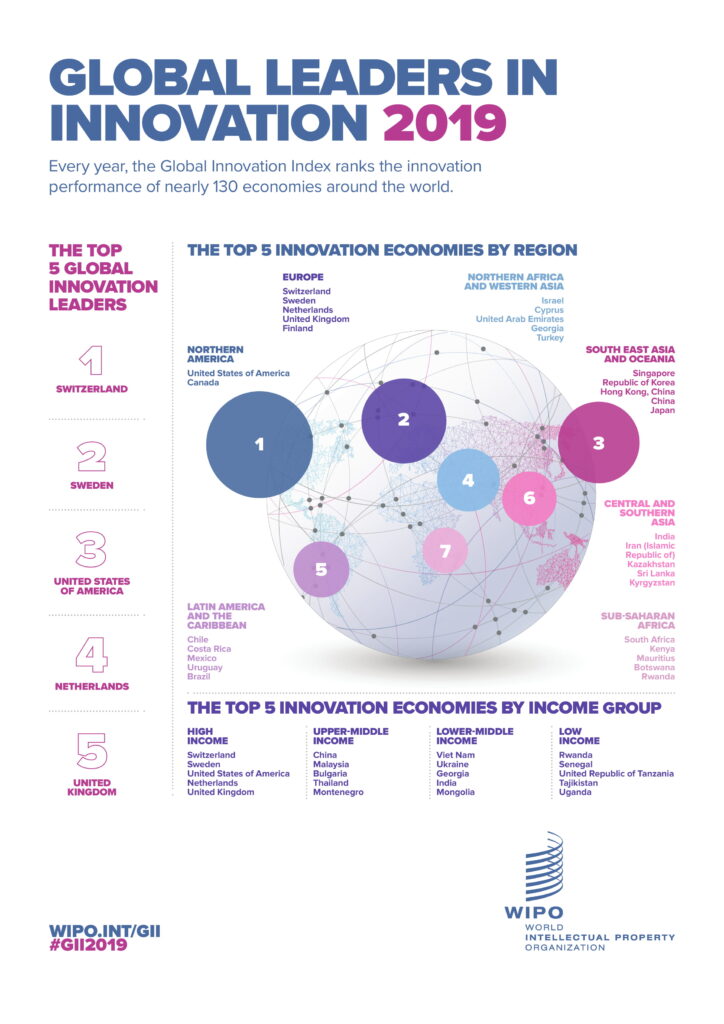 Twelve of the top 20 GII economies are in Europe.

Sweden is the second ranked economy worldwide in the GII 2019, thanks to its developed infrastructure, an innovative business sector and outputs from knowledge and technology. The country makes important improvements in innovation outcomes and maintains a top position in patent applications filed via WIPO’s Patent Cooperation Treaty (PCT), relative to gross domestic product.