Onalytica, an influencer marketing software platform, has released its ranking of the world’s top 100 women influencers in finance.

Onalytica analyzed over 300,000 finance-related posts from November 1, 2018 to October 31, 2019, to identify the top 100 most influential female individuals leading the discussion on social media. 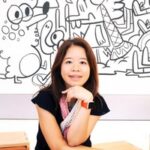 Theodora Lau is a public speaker, writer, and advisor. Lau is also the founder of Unconventional Ventures, which focuses on developing and growing an ecosystem of financial institutions, corporations, startups, entrepreneurs, venture capitalists, and accelerators to better address the unmet needs of consumers, with keen interests in women and minority founders.

Anna Irrera is a correspondent at Reuters in New York where she covers the fintech sector and technology-related developments at some of the world’s largest financial institutions. 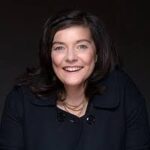 Anne Boden is a Welsh tech entrepreneur. She is the founder and CEO of Starling Bank, a UK mobile-only bank. In 2018, Boden was named in Forbes as one of Europe’s Top 50 Women working in Tech.

Meltem Demirors joined the cryptocurrency industry in 2015 where she has been actively managing and leading investment firms, supporting and advising founders building early stage companies, and leveraging her experience and network to accelerate the growth of the crypto asset class and the firms developing it.

April Rudin is the founder and president of The Rudin Group. Rudin is widely acknowledged as a top marketing strategist for the financial-services and wealth-management sectors. She is also recognized by IBM as an influencer in wealth management and fintech, and is a regularly-featured source of expert commentary to international news and business outlets, trade publications, and broadcast media.

Laura Shin is an American journalist and author. She was the senior editor covering Bitcoin, Ethereum, cryptocurrency, ICOs, and the blockchain for Forbes. Shin is currently the host of the Unchained and Unconfirmed Podcasts. 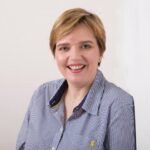 Dr. Sally Eaves combines a depth of experience as a chief technology officer, practicing professor of fintech, founder and global strategic advisor, consulting on the application of disruptive technologies for both business and societal benefits. 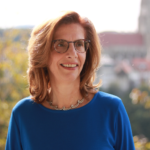 Elizabeth Stark is a blockchain entrepreneur, educator, and open internet advocate. She is currently CEO of Lightning Labs, an organization which aims to scale blockchains, and a fellow at the digital currency policy organization Coin Center.

Kathryn Haun is a general partner at Andreessen Horowitz, a Silicon Valley based tech venture capital firm. Haun serves as an independent director at Coinbase, where she chairs its audit and risk committee, and HackerOne. She has testified before both houses of Congress on the intersection of technology and regulation, and teaches at Stanford’s GSB.

Izabella Kaminska is the editor of FT Alphaville and a columnist for the FT. Over the last few years, Kaminska has focused on exploring the dark side of technological advancement, especially within the areas of the gig economy and cryptocurrency.

Duena Blomstrom is an author, a serial entrepreneur and intrapreneur, a mentor for startups, a LinkedIn Top Voice, named an industry influencer in most lists, a Forbes contributor, a blogger with cutting-edge, unconventional and unapologetic opinion style, and an international keynote speaker at industry events. She is also the inventor of the EmotionalBanking and MoneyMoments concepts, and the co-founder and CEO of PeopleNotTech, a software solution provider. 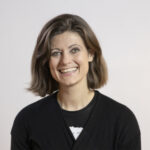 Dr. Leda Glyptis is the CEO and chief of staff of 11:FS. Glyptis is a recovering banker, with a long career in operations and IT across major banks, products and geographies. She is a renowned speaker, writer and academic in banking and fintech, and an expert in digital disruption, strategy and execution in financial technology.

Ghela Boskovich is active in the fintech industry, having spent the last decade focused on business development for core insurance and banking system solutions. Boskovich is the founder of FemTechGlobal and the head of fintech and regtech partnerships at Rainmaking, home of Startupbootcamp. She is also a frequent keynote speaker and editorial contributor.

Sarah Kocianski is the head of research of 11:FSS, and the co-host of Fintech Insiders and Insurtech Insider. She’s also a report writer, a fintech speaker, a Forbes contributor and a guest lecturer.

Susanne Chishti is the CEO of FINTECH Circle, Europe’s 1st angel network focused on fintech opportunities, and the founder of the FINTECH Circle Institute, the leading fintech learning platform offering innovation workshops to C-level executives and online courses. She is also the co-editor of the The FINTECH Book.

Jemima writes for FT Alphaville. She was previously a reporter at Reuters, where she mainly wrote about the foreign exchange market, cryptocurrencies and fintech. She has also written for The Economist.

Megan Caywood is the global head of digital strategy of Barclays and the former chief platform officer of Starling Bank.

Elizabeth Lumley is a regular speaker on the global conference circuit on fintech with over 23 years of experience in the financial technology and services sector. Lumley is currently the director of content and fintech at VC Innovations.